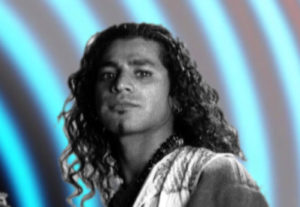 haroon shamsher from joi: honoured with a blue plaque in brick lane
David Bowie, John Peel, Factory Records and  Haroon Shamsher from Joi are among the music legends honoured by BBC as official Blue Plaques are unveiled on BBC Music Day.
BBC Local Radio, the BBC Asian Network and the British Plaque Trust will tomorrow (Thursday 15 June) unveil new blue plaques to commemorate people or places that have influenced the musical landscape across the country with innovation and success.
The Shamsher family and BBC Asian Network are delighted to invite you to honour the memory of pioneering musician Haroon Shamsher, founder of Joi.

A special Blue Plaque will be unveiled  in East London. We would like you to join us at 10am sharp on Thursday 15th June outside 55 Brick Lane, London E1 (formerly Ambala Sweets).Haroon’s brother Farook will unveil the plaque, outside the building that the young Shamsher brothers moved into in Brick Lane, where their father ran a traditional music shop, and recording studio.

There will be a Haroon Shamsher Joi tribute anniversary event on Saturday evening 8 July 18.00 in the Kobi Nazrul Centre. E1 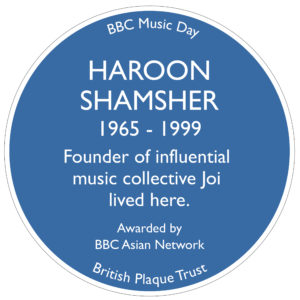 Quotes
I’m flattered awed and humbled that Haroon is being recognised by his peers and the wider music community, and know he would be proud of this acknowledgment with love Farook Shamsher
Haroon was a pioneer. A pioneer of sound, a pioneer of social conscience and awareness and a pioneer of Asian street credibility in Britain.  He and his brother Farooq inspired myself and many others, including Talvin Singh, to search further and harder for new sounds to express a dispossessed generation of British Asians  Nitwin Sawhney
Haroon was a fine and collegiate fellow to be with aboard the tour bus,as well as an attractive and charismatic presence on stage with Joi.
Haroon was also blessed with an impish sense of humour, his inflight attire including t shirt bearing the legend “don’t panic, i’m islamic”Colin Angus (The Shamen)
BBC Asian Network and BBC Music, with the British Plaque Trust,  are really proud to honour music icons with the first Blue Plaques for artists from South-Asian heritage.
Haroon Shamsher continues to be an inspiration. The group changed the British music landscape and his cultural impact lives on today.” Mark Strippel, Head of BBC Radio 1Xtra / Asian Network
More info @
fb. JoiSoundSystem/
Tw. @joisoundsystem

joi will be on around 9pm.

listen up for joi classics, exclusive dubs #asianunderground & much more 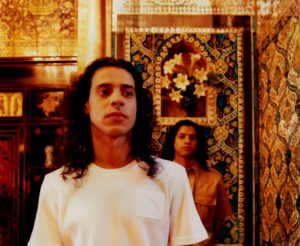 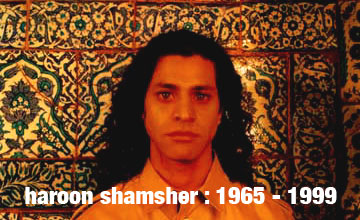 louder than war : ‘…quite simply mesmerising and exhilarating from start to finish…’
ethnic now : editors choice 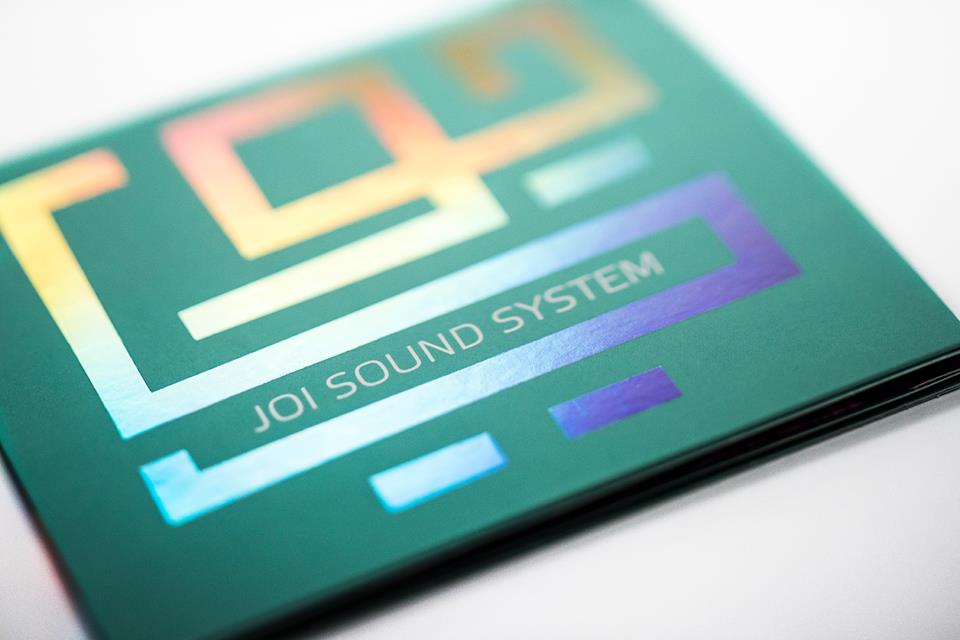 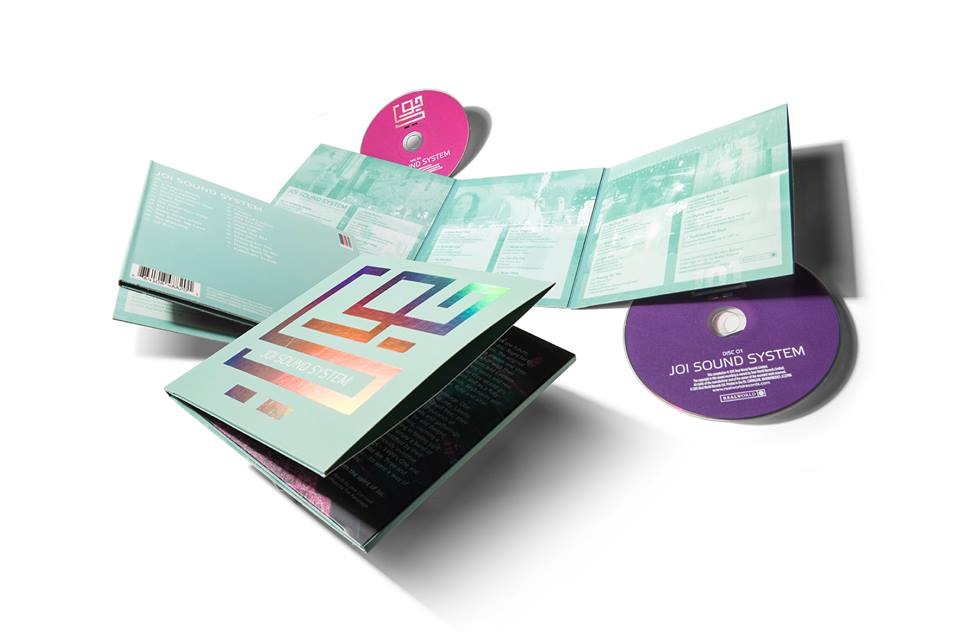 ‘…joi sound system is a gift and a blessing for the multitudes who know and love joi – as it is for new fans…‘
a double album compiled from joi’s three real world albums: one and one is one (released 1999), we are three (2000) and without zero (2007) plus three bonus tracks.

This website uses cookies to improve your experience while you navigate through the website. Out of these, the cookies that are categorized as necessary are stored on your browser as they are essential for the working of basic functionalities of the website. We also use third-party cookies that help us analyze and understand how you use this website. These cookies will be stored in your browser only with your consent. You also have the option to opt-out of these cookies. But opting out of some of these cookies may affect your browsing experience.
Necessary Always Enabled
Necessary cookies are absolutely essential for the website to function properly. This category only includes cookies that ensures basic functionalities and security features of the website. These cookies do not store any personal information.
Functional
Functional cookies help to perform certain functionalities like sharing the content of the website on social media platforms, collect feedbacks, and other third-party features.
Performance
Performance cookies are used to understand and analyze the key performance indexes of the website which helps in delivering a better user experience for the visitors.
Analytics
Analytical cookies are used to understand how visitors interact with the website. These cookies help provide information on metrics the number of visitors, bounce rate, traffic source, etc.
Advertisement
Advertisement cookies are used to provide visitors with relevant ads and marketing campaigns. These cookies track visitors across websites and collect information to provide customized ads.
Others
Other uncategorized cookies are those that are being analyzed and have not been classified into a category as yet.
SAVE & ACCEPT